The AR10 inspired MPT-76, by MKE in Turkey, caught my eye at SHOT Show 2015. I spoke with the sales rep for civilian firearms but did not speak with the Zenith Arms staff regarding military and law enforcement sales. Currently the MPT-76 is for anything but the former. While based on the AR platform they’ve taken full artistic creativity in the editing room.

The National Infantry Rifle (Milli Piyade Tüfeği) was designed to replace the license built G3 for Turkish forces. Initially build in 2008 as a 5.56mm NATO prototype, it was changed to 7.62x51mm NATO at the request of the armed forces. Feedback for the 5.56mm was negative by the soldiers testing the weapon. Starting production in 2014 the MPT-76 has had a positive reputation for being reliable in adverse conditions. Turkey plans to phase the G3 out of service by 2016. 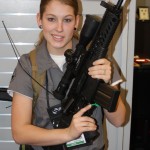 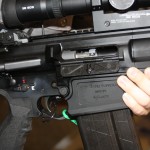 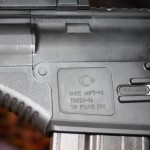 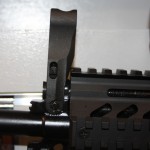 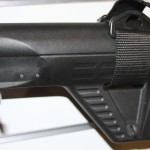