The Mako Group had a few FAB Defense accessories on display for the Vz58 rifles. This two piece VFR-VZ quad rail caught my eye as most solutions seem to be polymer with rail sections, with some movement on the upper handguard. In this case the upper handguard portion replaces the gas tube entirely and is secured to the bottom portion of the handguard. This gives a solid mount, with a minor issue of having to remove the upper to remove and clean the piston.This is likely an acceptable cost since the handguard also keeps your hand cooler than the factory handguard.

I don’t have the MSRP but found them online for around $275. I did find a few installation troubles with some of CZ858 models where a little material had to be removed but there should be no issues with the CAI kit builds or the better quality D-Technik imports. We hope to test this out for ourselves in the future. 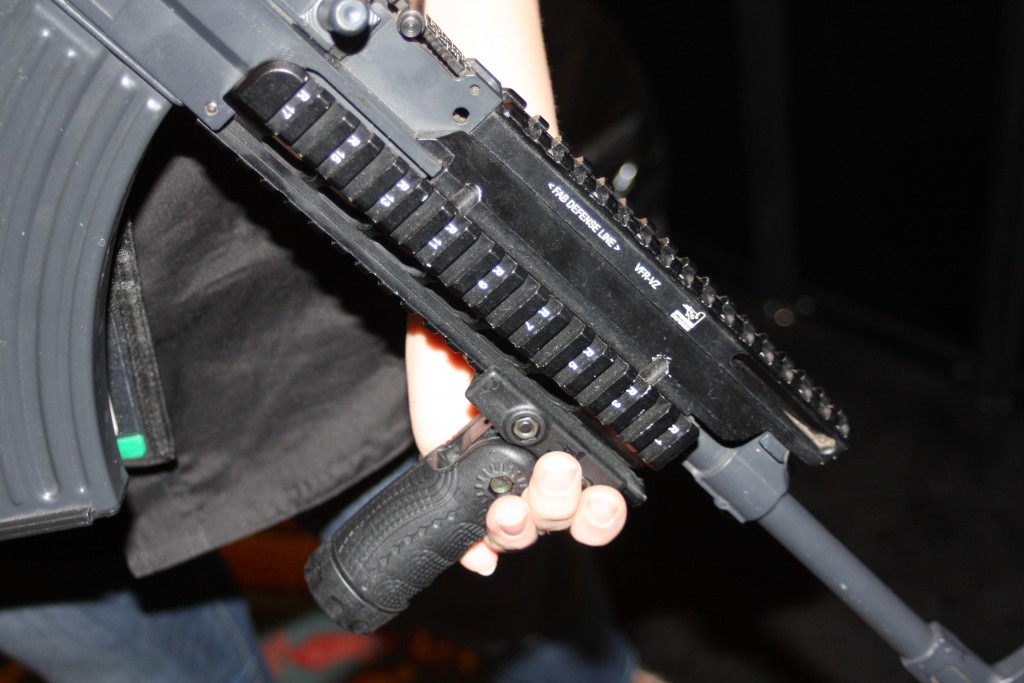