Steyr has announced the new L9-A1, shown at SHOT 2013, is now available in the United States. 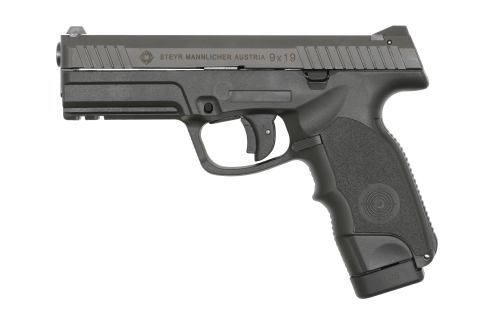 The L9-A1 has a 0.5 in longer slide and barrel than the M9-A1 and has added front serrations for ease of chamber checks.

Shipments of more C40-A1, M9-A1, and M40-A1 pistols are also coming in, which have been out of stock for a short while.
I believe this is the fifteenth pistol in the series, not all of which have been imported into the USA.

The M and S series included a manual safety, which was not available on the A1 series in the USA. Early A1 series were available in Europe with or without the manual safety. Because I don’t live there, I don’t know if it is still an option.

The C series has a full length grip but an S length slide and is the only model to include conventional pistol night sights, rather than the trapezoidal sights that have really made the firearm a favorite of many.