I’m not going to discuss the pistol lineup here, I’m more interested in the SMG, sub-carbines, and semi-auto rifles.

What is missing from the new catalog is the civilian MPX sub-carbine that was shown January 2013 at SHOT Show. It had the baffles of the suppressor permanently fixed to the short barrel, technically giving the gun a 16″ barrel. The thought was that we would be able to buy the suppressor from SigSauer and once the papwerwork was approved, you’d slide it over the baffles and thread it on. In the mean time you had a sub-carbine with a very long muzzle device. It was hard to believe the ATF would approve the ownership of internal suppressor parts, without tax paid, but SIG had done it. Awesome.

The ATF apparently didn’t agree and the MPX is no longer offered in this way. It is now in the catalog as a pistol or an SBR. 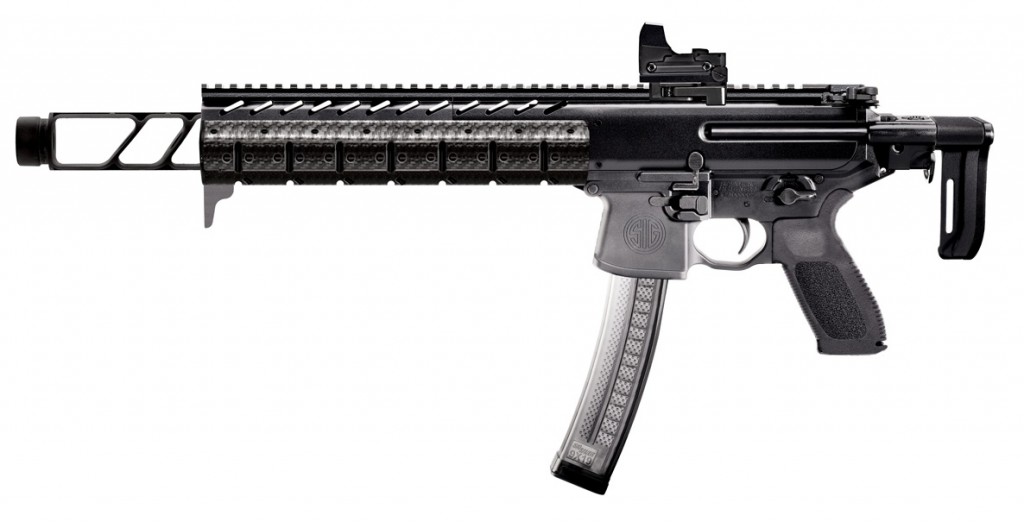 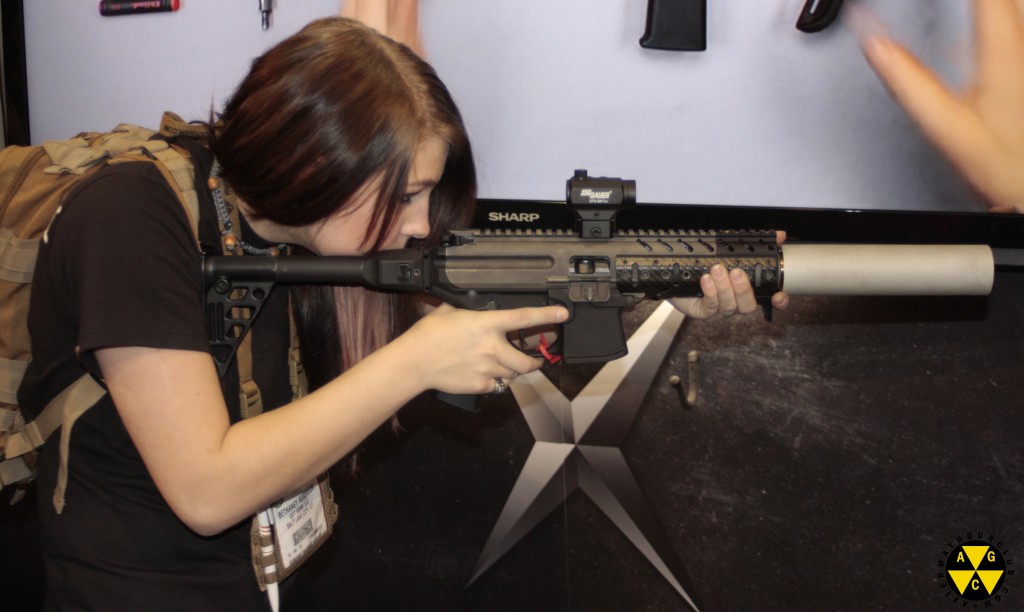 The SIG516 series sports new handguards, a SIGM400 in Muddy Girl camo (pink and purple), a SIGM400 hunting type rifle, and a SIG716 DMR are all also in the new catalog. In the past we’ve seen DMR models listed for the SIG516 and SIG556 but they’ve been scarce or variants that never went to production.

The SIG551A1, SIG556, and SIG556R are all now missing from the catalog as well. The replacement is a SIG556XI. This rifle contents with the concepts of the Robinson XCR, FN SCAR, and Bushmaster ACR. there are multiple forearms, bolts, barrel lengths and calibers, as well as complete lowers. The options offer an AK type magwell on the lower trigger housing, or a standard AR/STANAG. A new style quick on/off cheekpiece (more sleek than the Swiss military type) is also included. The current calibers are 5.56x45mm, 7.62x39mm and .300AAC Blackout. There is no 5.45x39mm being offered, though my incoming site hits confirm people are looking for just that on a SIG rifle. 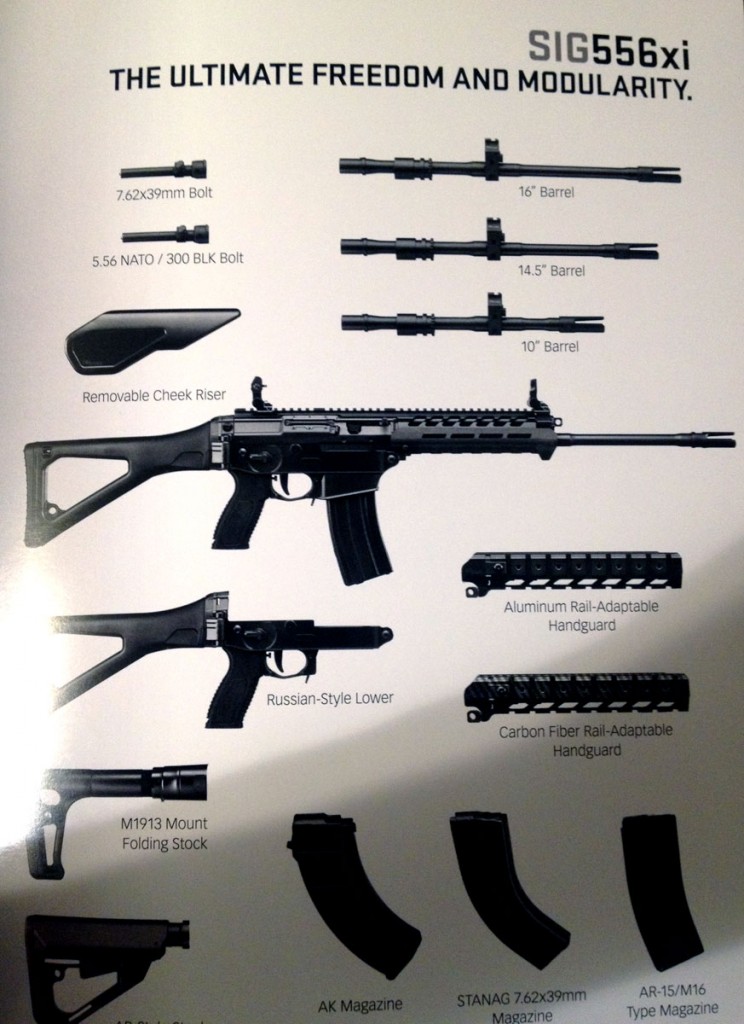