I became an NRA life member specifically to vote against a single person in the NRA Board of Directors elections. 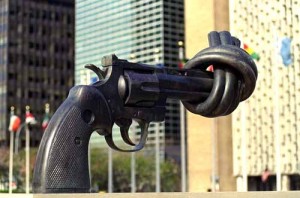 Former Texas Ranger Joakin Jackson is still a board member of the NRA. I wanted to vote against him for the exact same kind of ill-conceived logic that everyone is currently upset at Recoil magazine’s editor Jerry Tsai – as well as the 2007 backlash against former Remington spokesman and hunting writer Jim Zumbo.

Jackson has publicy announced, on video, that he is against high-capacity magazines and “assault rifles” for civilian ownership. He is an elitest and at best ignorant of the laws he acts as a steward for. His beliefs would have Americans live in a larval police state.