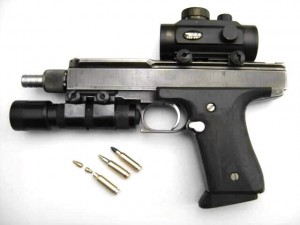 In the early days of the Five Seven Forum there were some photos posted of a grenade launcher which had either a mounted or integrated firearm under the grenade launching barrel. Imagine the M-16 with a M203 40mm mounted under it, only reverse their placement and shorten both barrels. I don’t recall what this was, or who was prototyping it, only that it was tan and the firearm took the FN – Five-seveN standard 20 round magazines.

Here is a list of known firearms chambered in 5.7x28mm, both production and prototype. Know of any others? 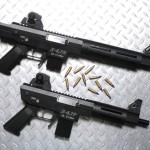