By now we assume you’ve heard about the controversial new silencer by Jesse James, but lets start first with this belt-fed pistol.

Everything appears touched, non traditional. The muzzle device, KeyMod integration for short side rails, spider-web like lightening in the handguard, a top relief cut for barrels with the fixed front sight/gas block, and a color I’d more expect to see in a 1950’s kitchen. 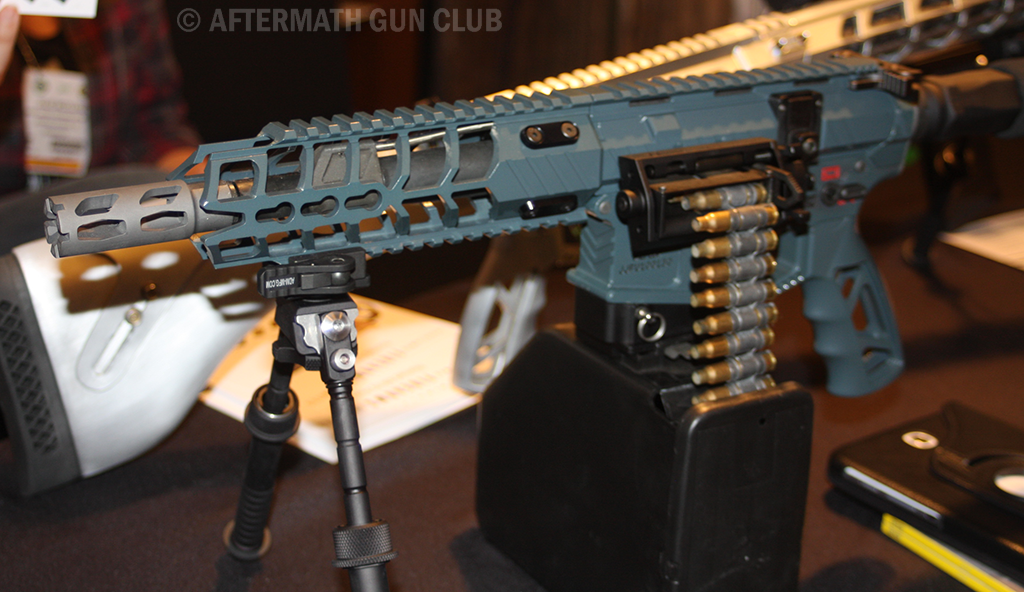 The magwell front has chevron textures, the BCG cam section of the upper receiver is squared, the selector is thin and raised, belt-fed cuts in the receivers, lightened pistol grip, improved charging handle, and what appears to be more lightening cuts under the upper’s rail 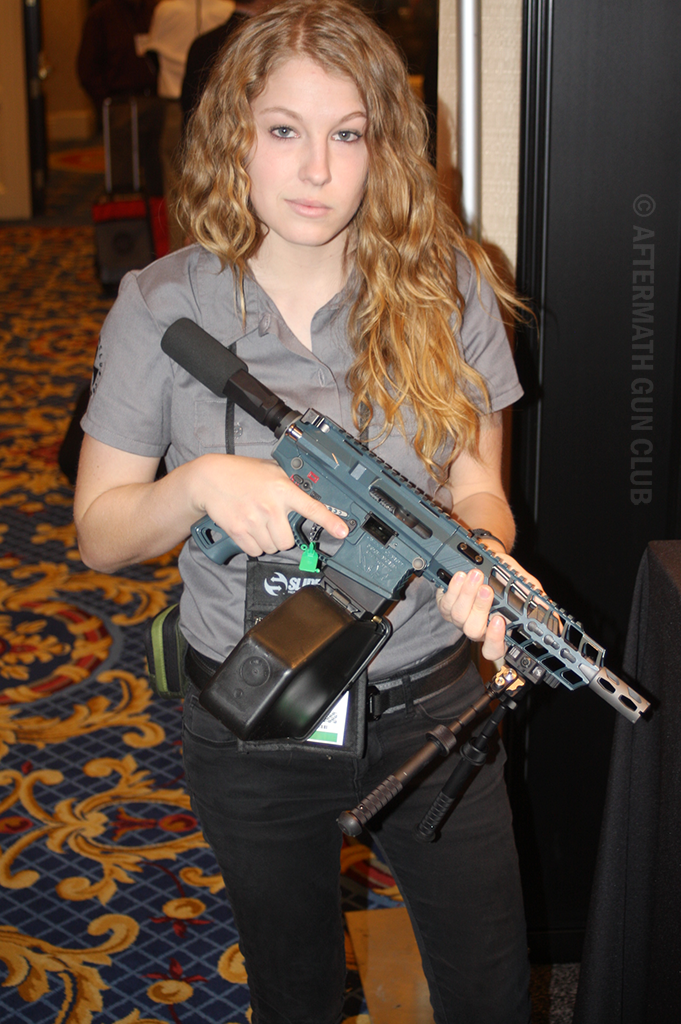 The take-down and pivot pins are enlarged for more surface are to grab on the right-side. The magwell is flared, the mag-fencing is beefed up, the shell-deflector and forward assist have also been given the angular cuts of reminiscent of a Dome Zero (its a kind of car). I like the angular cuts of the receiver extension and think a more custom foam would emphasize it. 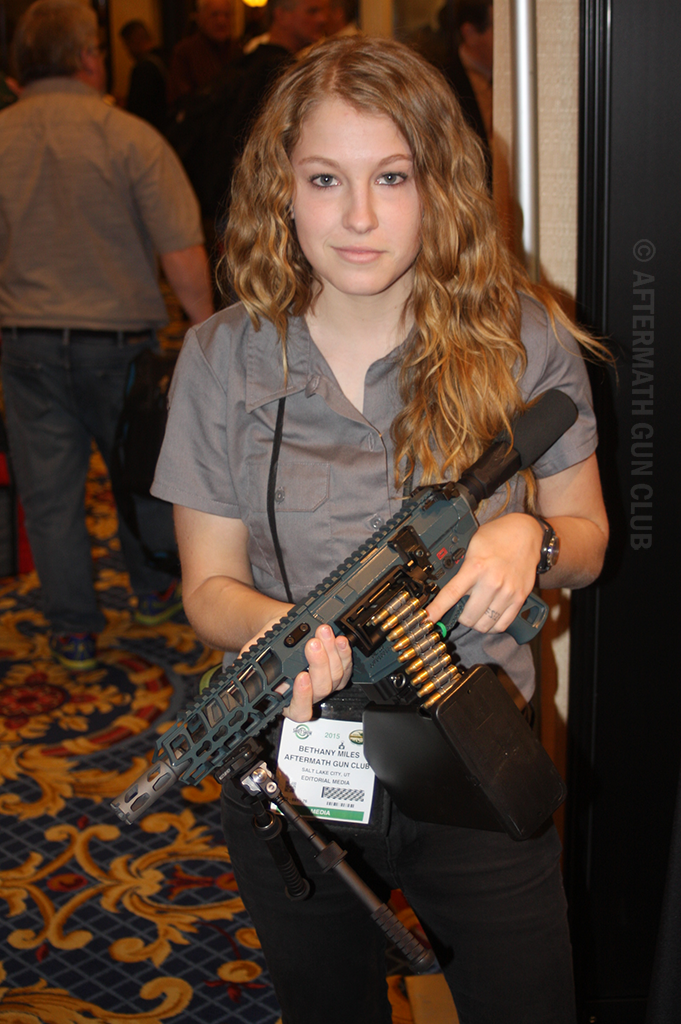 Not owning a lightening link myself, I didn’t ask many questions about the AR. I assume it runs fine and I assume it is expensive.

The aforementioned Aero Sonic silencer made news by claiming a 78 db reduction, a claim we believe will not be proven. At $4,500, we won’t be testing it.

The can comes apart for cleaning by removing the screws, which is probably what I dislike about the can the most. I’m a strong advocate of innovation and designing things differently, just for sake of exploring options, but I hope the threading isn’t on the serialized half of the suppressor. Someone somewhere is going to damage theirs in this way.

I do appreciate the rivet-head industrial look of it,

However, I still suspect we will find JJFU stands for something other than Jesse James Firearms Unlimited.