The SigSauer MCX was shown off in an FDE finish with the folding stock, SigSauer’s new scope, and a KeyMod rail. The official website only lists the pistol as semi-auto but the 2015 catalog shows the weapon available for civilians in a 16″ rifle, 9″ SBR, or as a pistol. the first two with the shown stock and all three with the same handguard, albeit only in black and with the rifle handguard being longer. The MSRP of the rifle is $1,866. 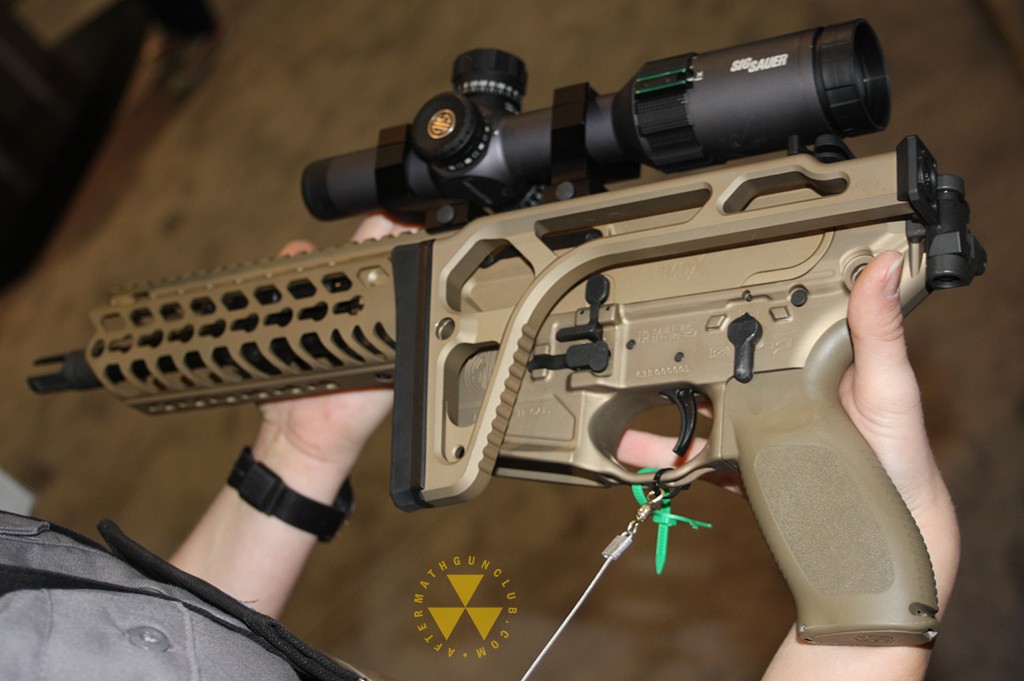 All three models are available in 5.56x45mm, 7.62x39mm, and .300BLK; with the latter being the starting point for the overall design of the rifle. 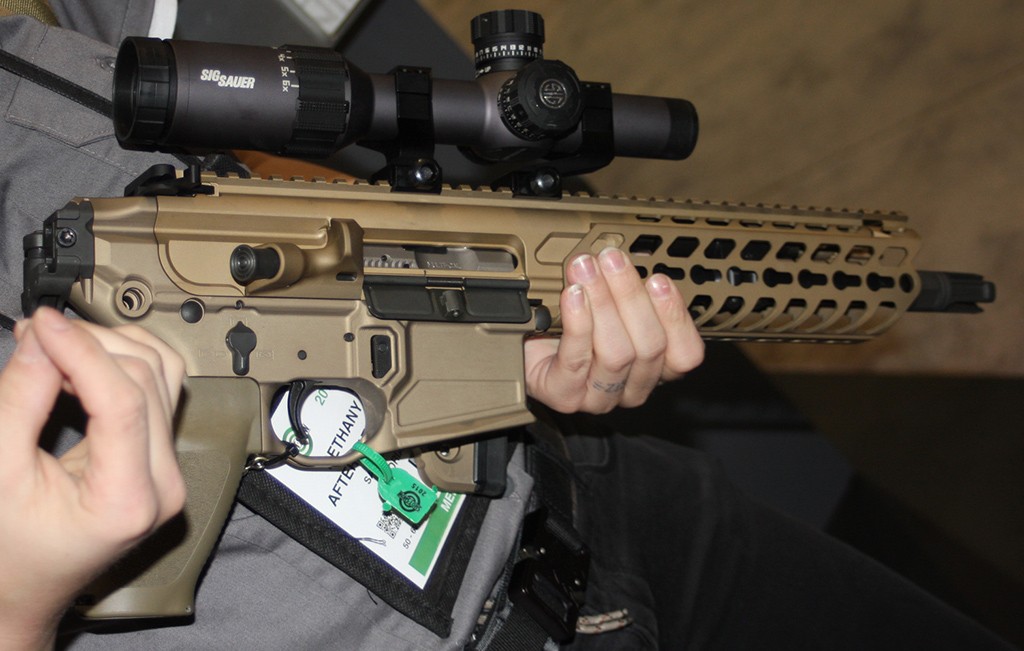 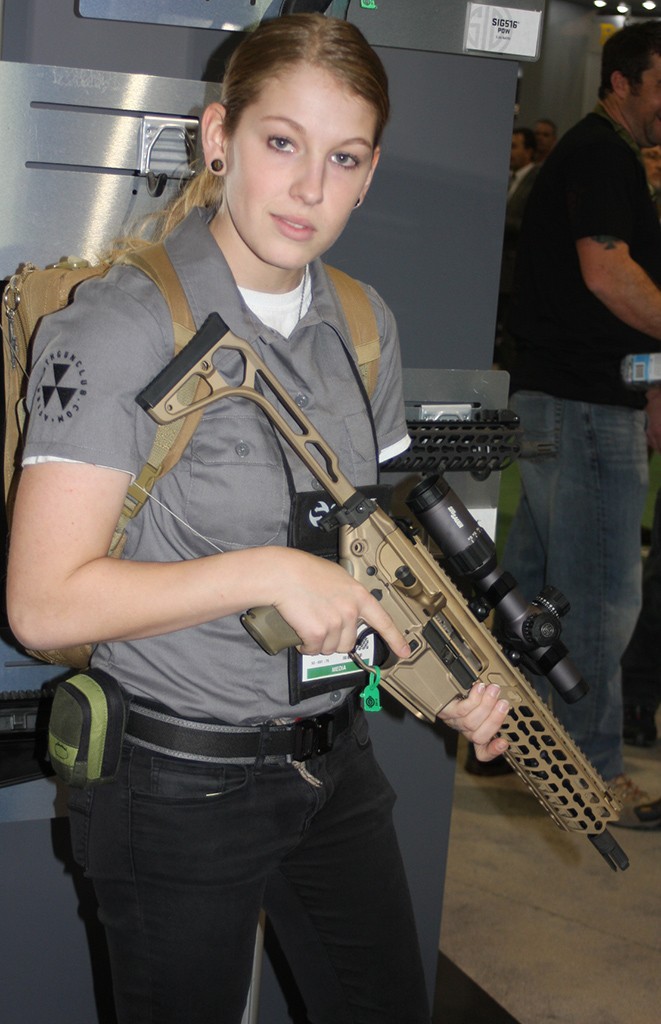 Aftermath Girls, Rifles, SBR
One comment to “SigSauer Introduces the MCX to Civilians”