FB Radom, formerly known as Fabryka Broni Łucznik (translated as: Łucznik Arms Factory) in Radom, Poland, and also known as Zakłady Metalowe Łucznik (stay with me here) – has started the paperwork to open a business in Texas. The news was announced on their Polish language Facebook page: FB Radom USA LLC 2014-03-19

Some of their AK’s were recently imported by I.O. Inc and Royal Tiger Imports. The Polish word for model is wzor and is abbreviated as Wz. The most well known AK models are the Wz.88 Tantal, Wz.96 Beryl, and the Wz.2004 Beryl. The latter of which was imported as a semi-auto titled the “Beryl Archer”.

Below are the licensed built Soviet AKM and AKMS in 7.62x39mm. Shown larger is the Polish 5.45x39mm Tantal. While below that in black are various 5.56x45mm Beryl models from the Mini-Beryl to the Archer. 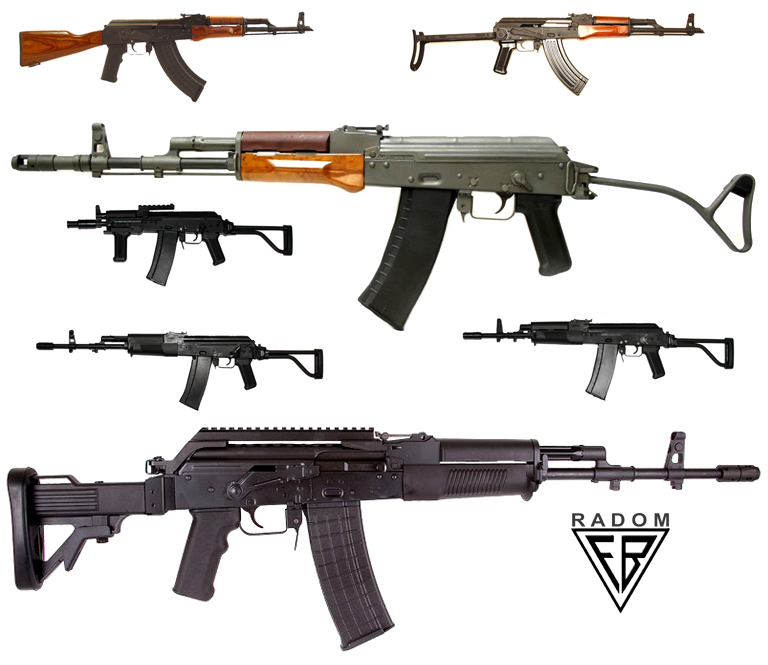 More recently FB made news with their MSBS and a bullpup variant the MSBS-5 (below).

Business, Rifles
5 comments to “FB Radom To Open in Texas”