The model 41 & 42 Glock rumors have been building; including ad that has been circling the internet, comparing it to a Ronson lighter with what appears to be a vintage Zippo. (Update: Reader GQ pointed out it has been run in print magazines and is not fake.)

We’ll know soon enough, but for those that are excited for all the news coming out of SHOT 2014 – here’s what we do know. 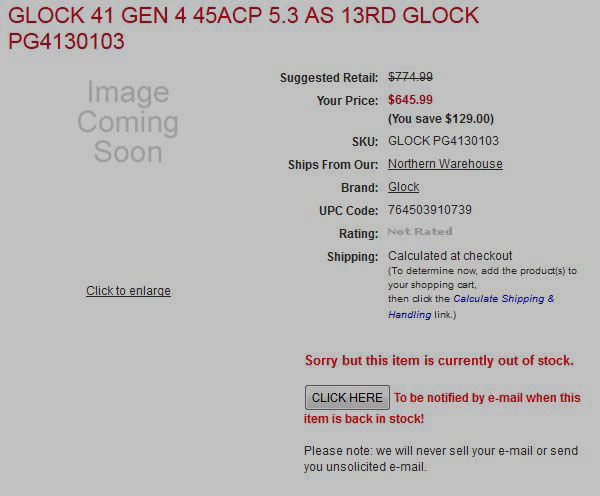 And RSR Group, a distributor, is showing AmeriGlo already has sights designed for the Glock 42, a .380 Auto: 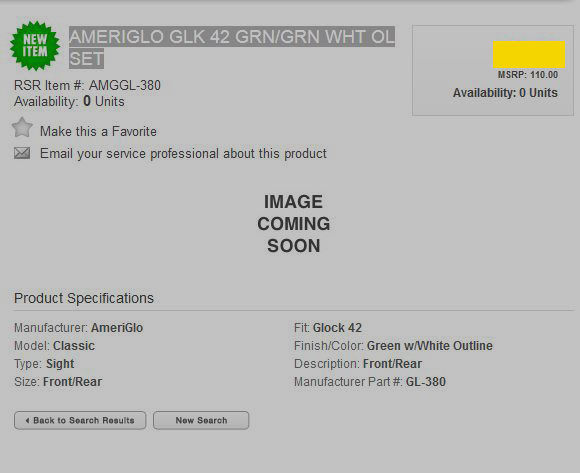 The Glock 40 is another one that hasn’t been released. Circa 2006 I recall hearing it would be a .22LR, which is fantastic for retail clerks since the G22 is a .40SW. I imagine conversations becoming something like a Monty Python sketch. Don’t assume it is a .22LR because I posted so, I don’t know any better than you do.