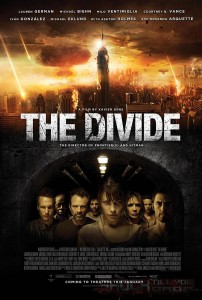 The first few seconds are beautifully done, Eva’s (Lauren German) face watching at the horror of a close-range mushroom cloud.

The movie centers on a small group of survivors in a sub-level of a high-rise.

From the director of the movie adaptation of the video game Hitman, I didn’t expect too much.

The behavior turns to the dark side of mankind. A woman becomes an abused sex object (Rosanna Arquette) and the men go mad; I wasn’t quite sure if the men shaved their heads as part of their devolution or if the fallout had started to make it shed anyhow. The acting from Milo Ventimiglia (from the TV show Heroes) is quite remarkable.

Lauren German’s character is the pillar of human strength we cling to, as viewers, and she is in many ways the quietest character of the show. We view the insanity from a similar position.

In case this wasn’t clear – this is a dark movie. I’d classify it as post-apocalyptic social horror.

The greatest moments are when they venture out of their bomb-shelter prison, and I truly enjoy the lack of explanation at what they find. In a way, it makes you one of them, they don’t know.

Almost every review of this film is negative, it didn’t score well with critics or viewers. However, Quiet Earth liked it, and I did in my own way, though I wouldn’t recommend the film to most people. 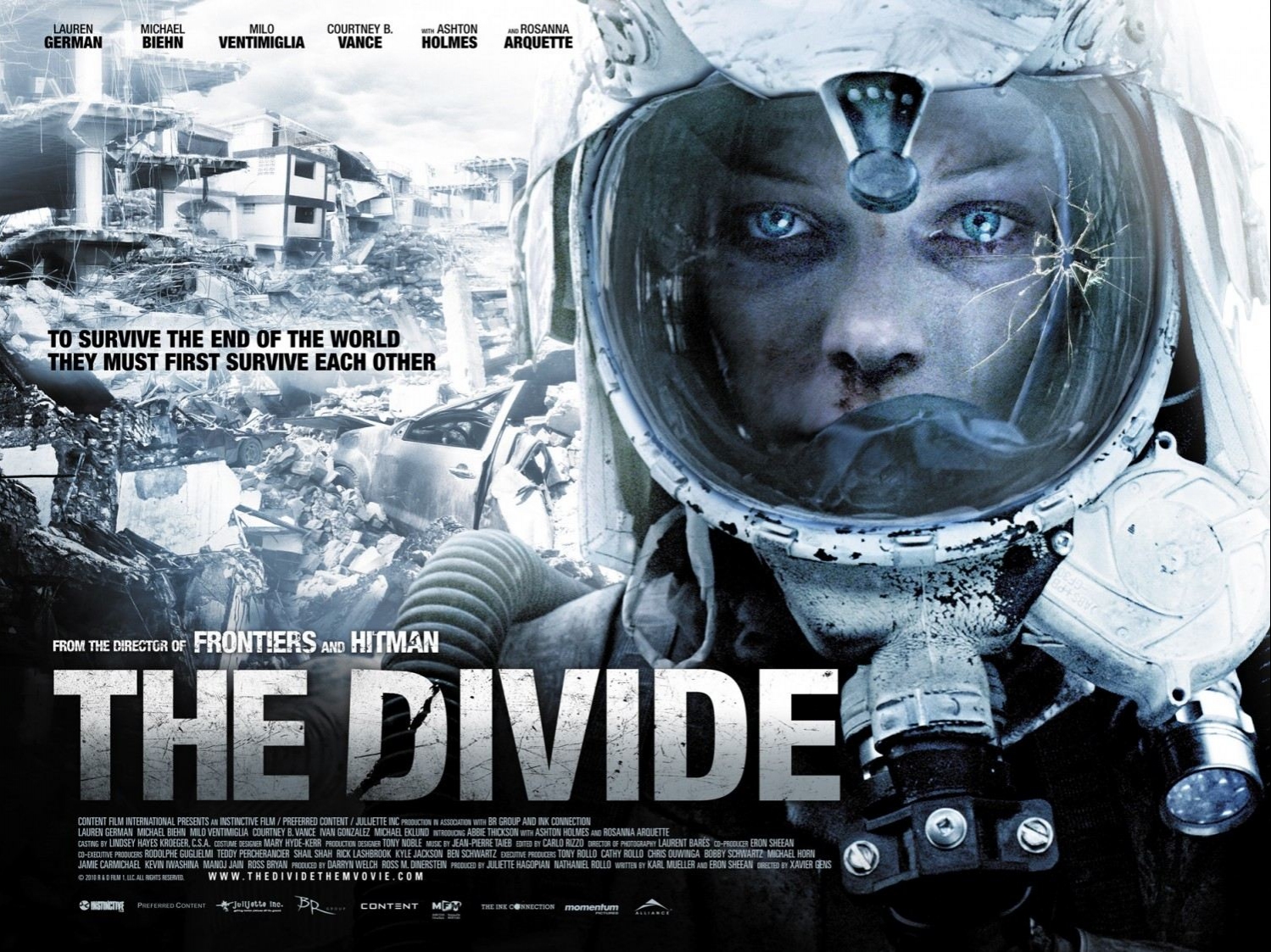