I paid Tony’s Custom Uppers for two sets of handguards. I didn’t receive anything so I called. After many phone calls I finally spoke with someone whom said the package was returned to them. He read the address, it was correct. He said he’d mail it out again.

Three weeks later I was back to calling them frequently. It took more than a week to reach someone. The older man I spoke to knew nothing of my order and told me he was very busy and to call later. I did, and again and again and finally reached someone. I think it was the same old man. He said he had no such order, I gave him the date of payment and the history. He said he couldn’t help as they were about to “do a gun show.” 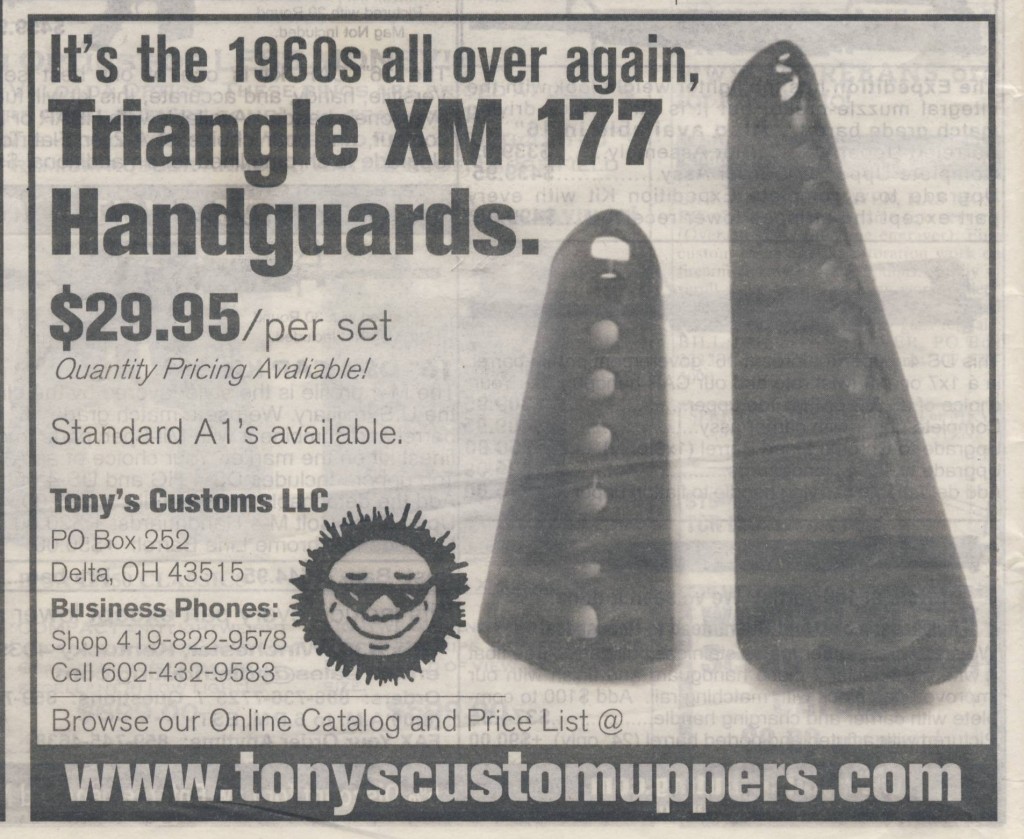 I contacted my bank, and was told too much time had passed to dispute the charges. Two weeks later I contacted Tony’s again, I was told, “All orders have been shipped.” I never received product and was spoken to with contempt, as if I were trying to make trouble. I never sought with them a refund, and in hindsight should have, maybe they never had any product to send me.

I’ve yet to speak to anyone else in the industry that was as much of a jerk as Tony, or whomever the man with the think accent was.