In the past few years we saw a new FN 502 .22LR, made by Umarex/Walther in Germany, and then a recall for that same pistol. There was also a recall on the M249S models produced before 2022. FN announced the Evolys, a new LMG. LAPD selected the 509 as the 509 MRD-LE model. And finally the SCAR was released with a non-reciprocating charging handle as the NRCH models shortly after SCARS started being manufactured in the US. So what else is new?

FN America 509 Midsize Tactical
Honestly I thought this was already out so the news was unexpected.

FN FIVE-SEVEN MK3 MRD
The images I’ve seen of this updated version of the Belgian pistol have been all computer renderings and not photographs. No news on this coming stateside but it appears to mostly be a cosmetic upgrade with an option for an optic added. When it does arrive I hope they offer a threaded barrel model. FN America High Power
Unlike the original GP35, HP35, and HiPower series of pistols these use a different magazine with higher capacity, a different take down, and I’m sure other features. Not too interesting overall. I’d like to see an optics cut and a threaded barrel added to the pistol considering the price is twice the cost of the Springfield SA35.

FN HIPER
In Belgium there is a new pistol which you can read about on their site. The most interesting is the sliding magazine release and adjustable trigger.

FN America MRGG
More than just a SCAR re-design, the “Mid Range Gas Gun” is part of a current program with USSOCOM. 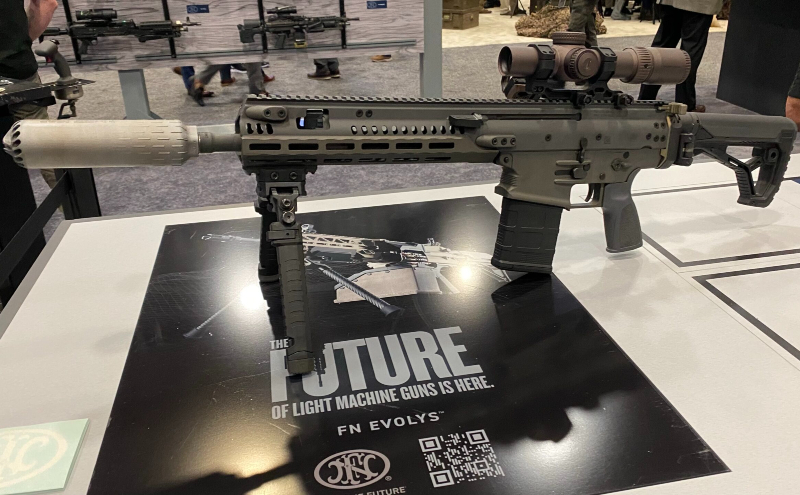 While I haven’t presented too much information my goal was just to get the links together for anyone interested in following up.