Some of the rarest H&K imports are the “G3” marked German firearms from the 1960’s. 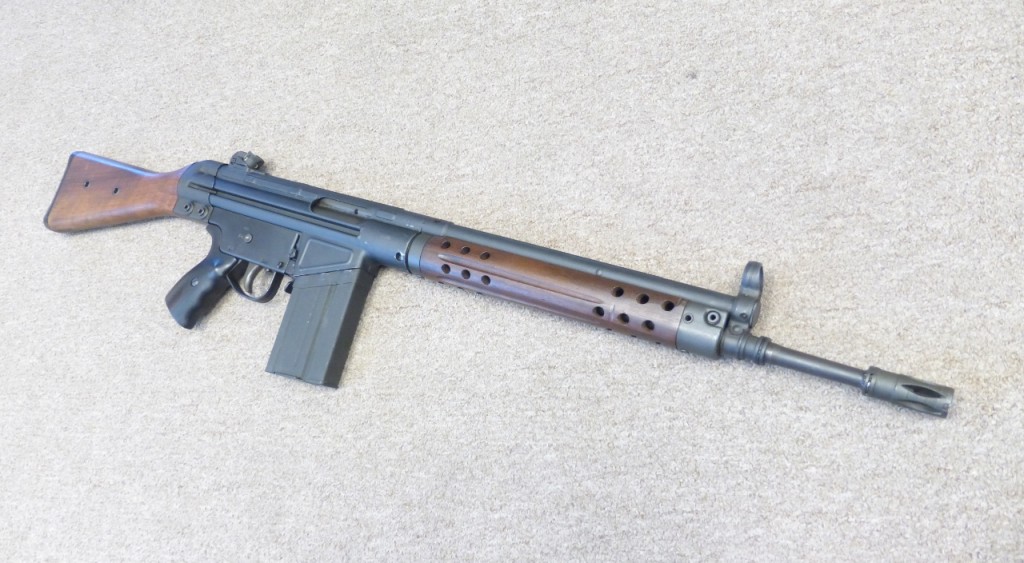 Golden State Arms imported the G3 manufactured by Heckler & Koch in 1962. This rifle bears the last three digits (213) of the serial number on various metal parts. It also bears marks of a different sort, wear from the optic claw mount and from the heavy bipod not uncommon of that era of G3’s. Numbered parts include the trigger housing, butt stock housing, bolt head, bolt carrier, and the locking piece.

Current information is H&K, in an attempt to stay ahead of West-German Laws which prohibited civilian ownership of the G3 Automatic Rifle, renamed the semi-auto “G3” to the “HK41”. The HK41 weapons number fewer than 400 imported, but the non-NFA G3 marked are thought to be only fifty total imports.

The left magwell is marked:

On the left side of the trigger housing it is marked: 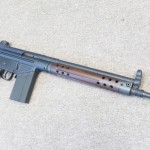 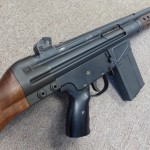 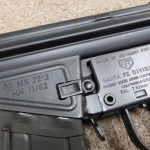 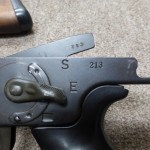 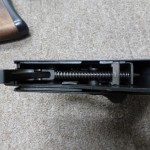 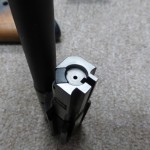 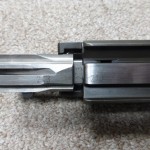 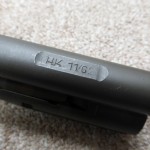 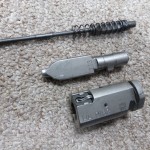 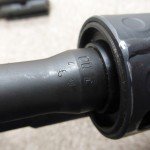 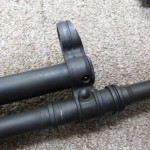 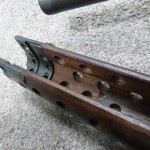 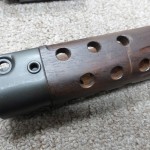 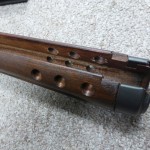 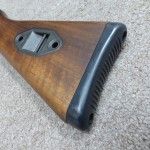 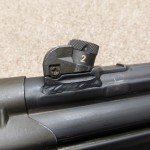 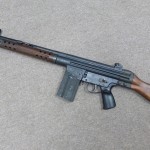 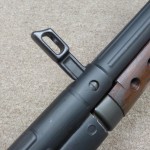