In 1969 Colt offered their model 703 as an upgrade to the M16 and M16A1 rifles. There is a well-traveled rumor that this rifle was known as the M16A2 because Colt was confident it would be adopted. While this could very-well be true, it is further confused by the fact Colt re-used the 703 designation for direct gas impingement M16A2 export models.

The Prototype 1 had a four position selector that was omitted on later models. Also omitted was the slot in the stock for a sling.

The following stats are taken from a May 1969 Colt data sheet.

The firearm can be seen at Knights Firearm Museum. Interesting to note is the Knight’s museum appears to have Prototype 1, as well as a later 703 model; The World’s Assault Rifles claims only two were ever made. The M703 or CAR Model 703 should not be confused with the Colt ACR, a future prototype, which Olin developed the ammunition for.

The 703 piston and bolt carrier were attached via a “hinge”. The piston, piston hinge pin, and piston mounting block of the bolt carrier can be seen in the photo below. 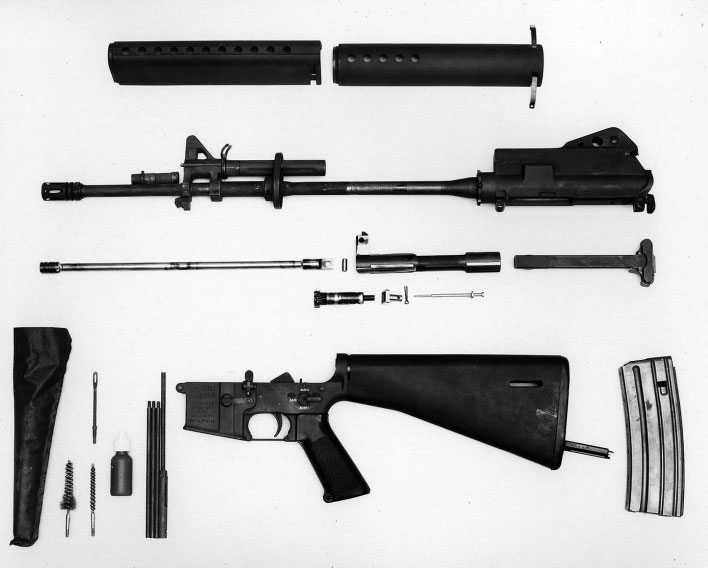