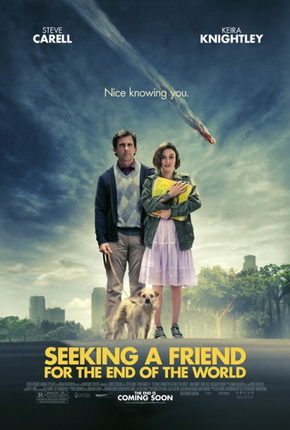 A romantic comedy which down-played the terrifying aspects of human nature. Instead we are left with a somewhat optimistic comedy with more lows than laughs. As the world waits three weeks for the destruction of the world by meteorite impact, the characters of the movie are struggling with breaking up and dying alone.

I’d recommend Seeking a Friend for the End of the World if it weren’t so predictable and sadly lacking any solid chemistry. However, I don’t regret spending the time watching it.

No gun play to speak of, but there were some FN FS2000’s on a wall at a survivalist hold-out.

Movie Reviews, Reviews
One comment to “Seeking a Friend for the End of the World (2012)”