Microtech Small Arms Research (MSAR) have received requests for the non-standard previously offered E4 series calibers. I believe if they find there is a demand, if interested parties continue to announce themselves, they will return them to their line up. The XM17-E4 was offered in the standard 5.56mm and the blossoming 6.8SPC as well as the Soviet calibers 5.45x45mm and 7.62x39mm. While I’d also love to see a 6.5 Grendel bullpup brought to the market, what I’m currently after is the 5.45x39mm configuration Microtech briefly offered.* 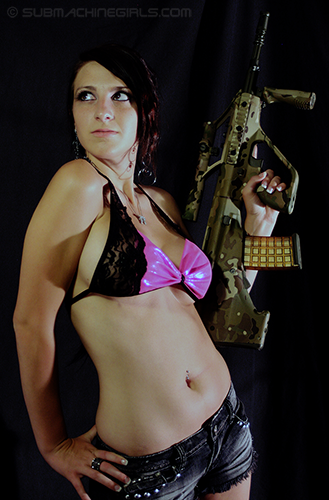 Although the current website lists the new STG-E4 as a Gen.5, MSAR confirmed with me that this is the correct lineage.

Regardless, the different caliber barrel groups are interchangeable on all MSAR rifles listed. The last two are the only ones to accept STANAG (AR15) magazines and so feeding the different calibers in the Gen. 1-4 will predictable have some feeding issues. You will have to work these problems out on your own; namely modifying magazine feed-lips and followers. I’d be interested in hearing from anyone that has tried this.

I also inquired about the ownership of MSAR and was assured it is still under the same ownership but has had major changes in other departments. Engineering and customer support being the two big ones that impact us. It’s quite noticeable already as the communication has been much friendlier.

“The team at MSAR…would like to thank our customers for their continued loyalty and support through this transition.”

* Until the possible return – if you have a 5.45x39mm MSAR you’d consider selling, let us know what price you’d part with it for and also what color it is.