Prior to the SAF sub-machine gun, FAMAE manufactured a simple blowback design which is easily described as a Sterling influenced subgun, complete with side-inserted curved magazine; adapted to a US M3 “grease gun” style collapsing wire stock.

After FAMAE licensed the SIG SG540 series of weapons, rather than buy a new SMG design, they converted the SG540 system to 9x19mm. The end result is the S.A.F. of which there are four basic variants: fixed stock, folding stock, SD (folding stock with an integral suppressor), and the Mini. 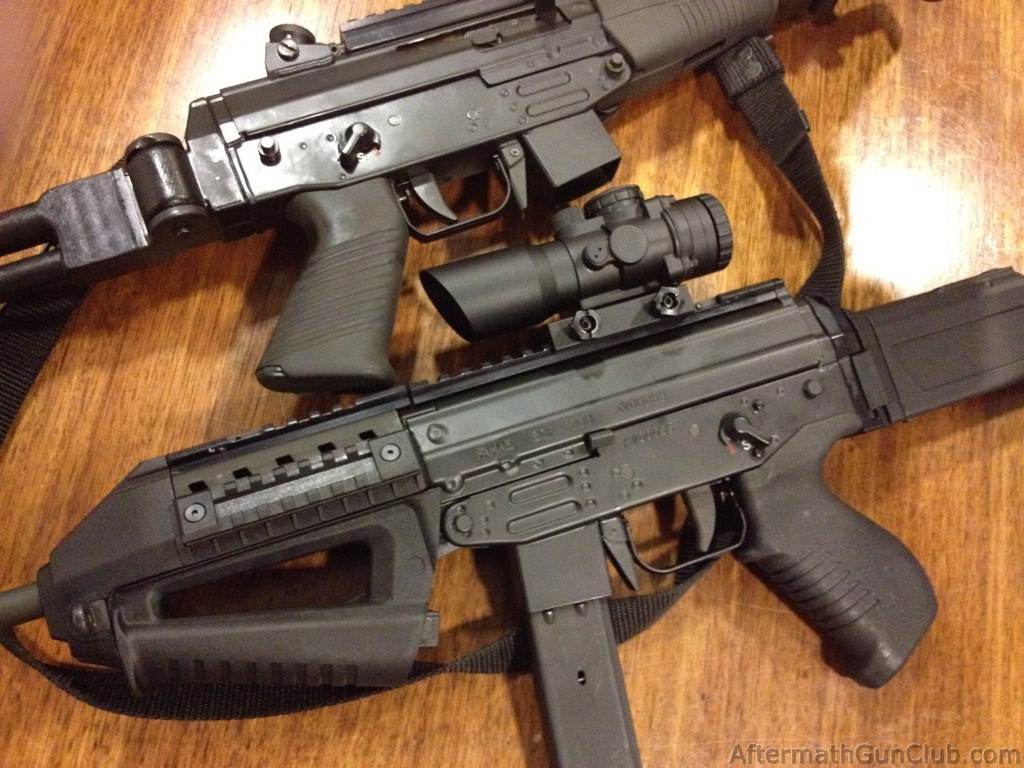 In the recent photo above we see a hint of a non-wire or tube-like folding stock on the bottom firearm. UPDATE: The bottom gun is the modernized version titled SAF-200 which includes an improved stock, handguard, and rails.

For the SAF they designed a new three-round burst mechanism and modified the cocking-handle release catch. However, they retained the SG540 floating firing pin mechanism and hammer. The SAF models have a chrome-lined six-groove 1/9.8″ twist barrel and utilize a 30 or 20 round translucent or metal magazine; the SMG fires from a closed bolt and uses a conventional direct blowback design.

What the H&K MP5 is to the H&K G3, the SAF is to the SG540. In the same regard, what the H&K MP5K is to the MP5, the Mini SAF is to the standard SAF. Coincidentally the MP5K was originally designed and introduced, at the request of the regional representative, specifically for the South and Central American markets.