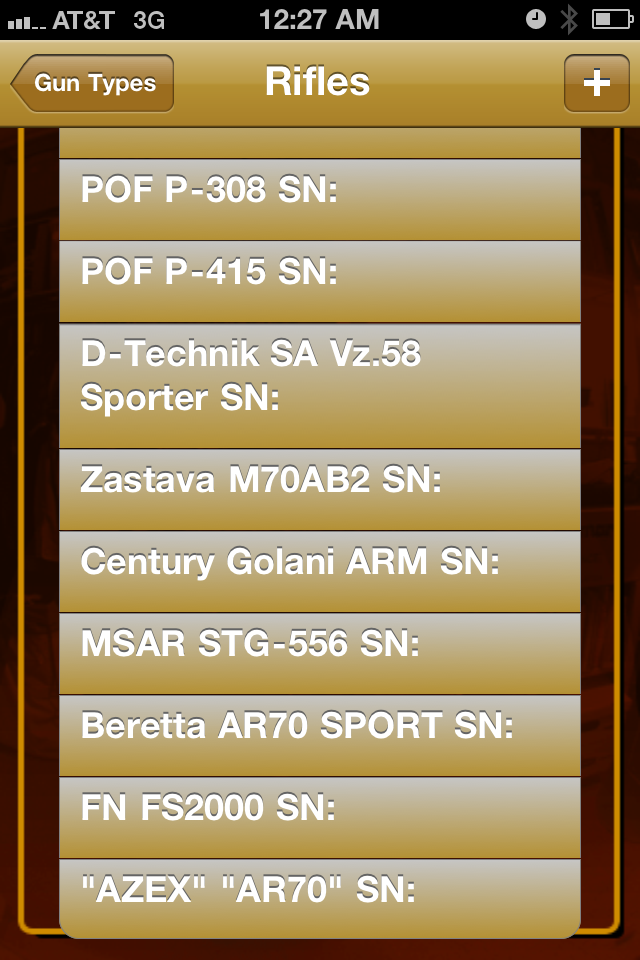 I didn’t intend on creating a rating system but I see there being really only three levels that count: I don’t like it, I like it but don’t really use it, and I actually use it.

This application went from like to dislike in the first day. Note the image to the left (serial numbers intentionally left out), there is no ability to alphabetize the collection. In fact there is no “sort” feature at all. Everything will appear in the order it was added. My desire to organize is offended by this.

In fact, it bothered my sensibilities so much that I initially contacted the creator and suggested the sorting capability. He responded that he’d paid for development and the developers had skipped out on him. I offered to help him out and was given both the contact information of the original iPhone creator.

While waiting for the original developer to return a call or email – I contacted a developer friend whom passed the potential work off to a friend with more free time. I gave the contact information to each party. On following up neither side gave an explanation but nothing had happened. 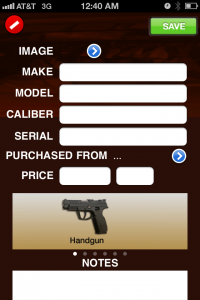 The original developer got back with me and explained the problem with doing IT and development work for people that didn’t understand the process. I understand both sides of this argument but often feel both are at fault for not communicating expectations and the process. I am simply disappointed the feature I personally wanted wasn’t implemented.

If all you want is a simple database to keep track of acquisitions and store some simple details this application will suit your needs. Personally I think few people are really comfortable running around with a copy of their personal inventory on a device that could be lost or stolen.