From Milan, Italy in the 1980’s comes the AL.GI.MEC AGM-1 bullpup. This sub-carbine is in 9x19mm Parabellum but featured a removable magazine well that could be replaced to take different magazines, the barrel and bolt could be quickly swapped for a full caliber conversion. 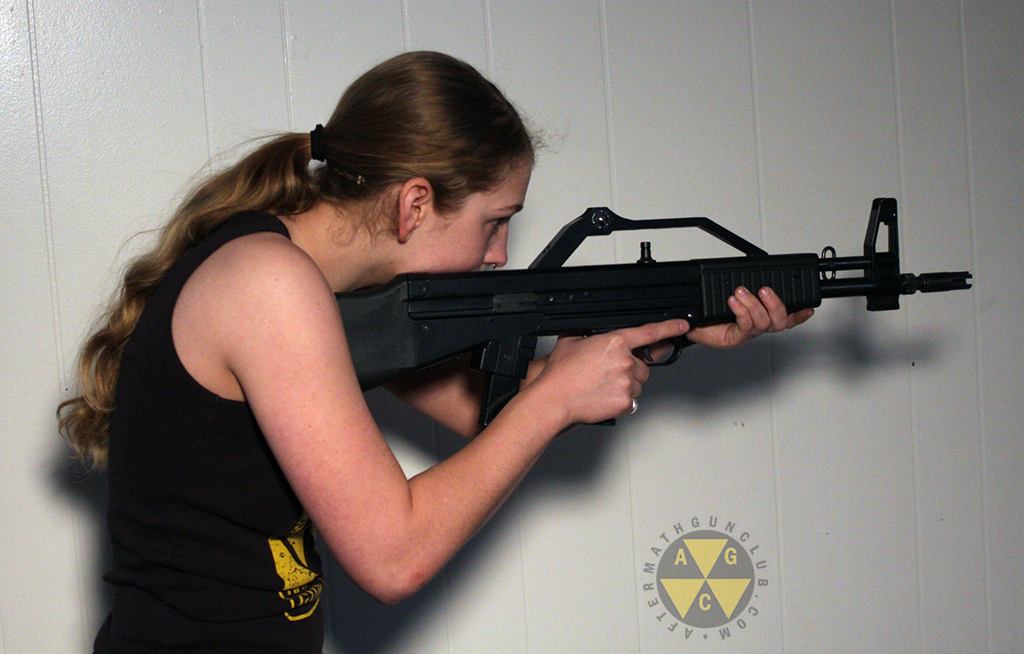 Regardless of what is shown on the internet, including Wiki, the magazines used are not true unmodified FN-Browning Hi-Power (HP35) magazines, as standard HP35 magazines lack the required notch at the top rear. A Beretta M92 magazine has this notch but requires an added mag catch to lockup with the AGM-1 or HP35.

Many of these weapons in the United States bear no import markings nor any “manufacture in Italy” engravings. This is because many of the guns were assembled in the USA with imported parts from Algimec. From my experience so few know the difference that the price tends to be the same for a US or Italian made AGM1.